Tom co-founded Birch Hill and worked with individuals, endowments, and foundations in the management of their accounts for more than 40 years. Prior to founding Birch Hill, Tom was at Seaward Management for 10 years as a Managing Director. From 1984 through 1997, he was a Vice President and Portfolio Manager at the Boston Company, where his positions included Head of the Boston Endowments and Foundations Group for Mellon Private Capital Management. Tom began his career in the late 1970s with the Private Client Group of Morgan Guaranty Trust Company of New York.

A graduate of Hamilton College, Tom holds a Juris Doctor from Albany Law School and an LLM in Taxation from New York University Graduate School of Law. He is a member of the New York Bar. Tom has been a Trustee of Crossroads since 1992 and currently serves on the Board Governance Committee, Finance Committee and chairs the Investment Committee. Tom was the recipient of the 2017 Invest in Others Community Service Award for his work with Crossroads. 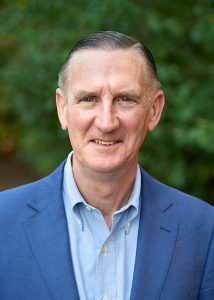